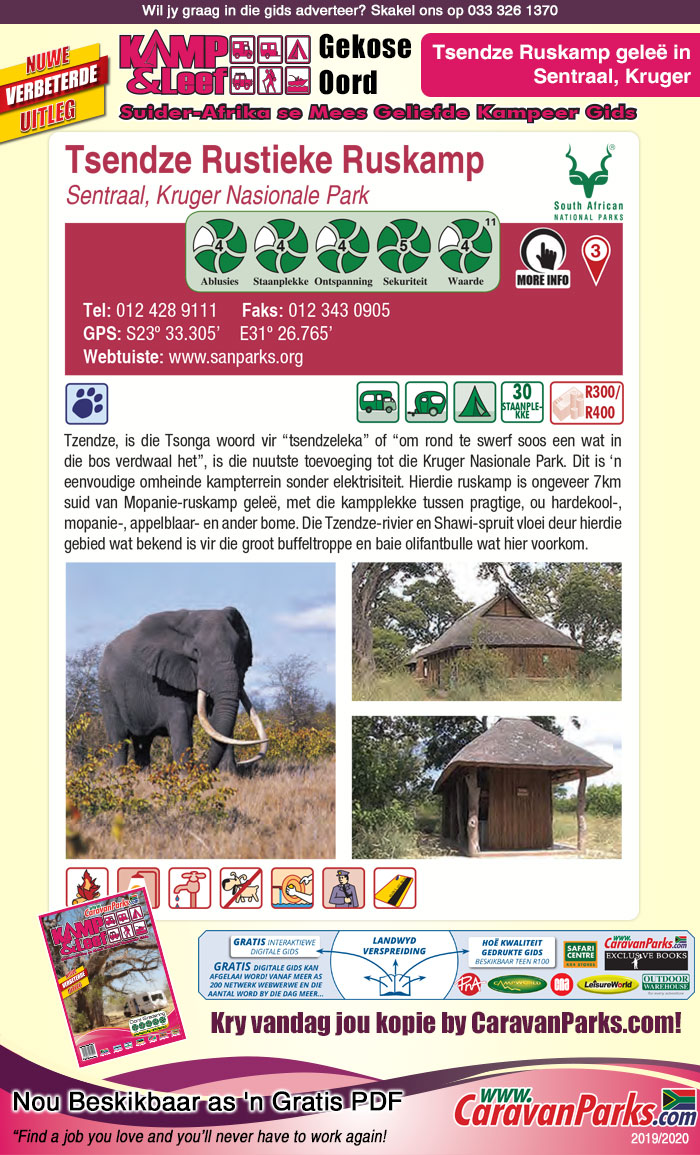 He was one of the Magnificent Seven died in 1982.

There is also a bronse statue of him at the Lost City if I am not mistaken.

Our very favourite campsite, especially getting to know Roger, the camp manager.

He is one of the most knowledgable birders I know and gets very excited sharing with interested campers.

Our very favourite campsite, especially getting to know Roger, the camp manager.

He is one of the most knowledgable birders I know and gets very excited sharing with interested campers.

I understood from Rodger that he reports to the lady working with him in Tsendze.

Does not change anything in him being an avid an very knowledgeable birder, keen to share. Rodger and Elinah, although not married nor in relationship whatsoever, is a fantastic caretaker couple at Tsendze. They will come around every evening to inquire if everything is okay. Rodger is also quite a witty guy. I've asked him in the past whether they do not have problems with snakes in Tsendze, seeing that Tsendze is quite bushy with tall grass growing between the stands. He gave me the assurance that they have never had problems with snakes. I believe that's an answer they give to everyone inquiring about snakes as people may get jittery if the reply is positive.

However, during our 7 night stay in Tsendze in 2017, we had the "privilege" of watching a medium-sized black mamba on the hunt for tree rats, in an apple leaf next to our caravan. I called the neighbours to come and watch this spectacle.

That evening when Rodger and Elinah came on the usual round, I asked if he he had never seen a black mamba in Tsendze. He then told me that he read on News24 that a black mamba was seen in an apple leaf tree on plot no. 26 in Tsendze that day. Obviously the neighbours told him about the snake.

On 26 January (this year), I dropped in at Tsendze to take a video clip of two plots on which friends of mine will be camping later this year. I bumped into Rodger, who immediately told me to follow him as he wanted to show me the newcomer Banded Owl - a young bird wjich left the nest just a few days prior. He also took me to the Scops Owl's resting place where I could take some great photo's.

Since our first visit to Tsendze in 2015, we decided that this little gem of a camp will always be on our itinerary when visiting Kruger. We are booked in Tsendze again for 7 nights during our forthcoming 46 night stay in Kruger (20 - 27 May) and on No 26 again. Hi Chris we are at Tsendze from the 21 to the 25 May   4 nights( first time) and have been allocated site 24  and as second choice 26  or was it the other way around.???  Will phone Mopani  tomorrow just to double check whats ,what ? Mopani confirmed we have site 24 ,hope its a good choice ? Chris if you have any feedback of this site I would appreciate it.If I mention snakes to my wife ,never mind a black mamba it will result in an immediate cancellation.