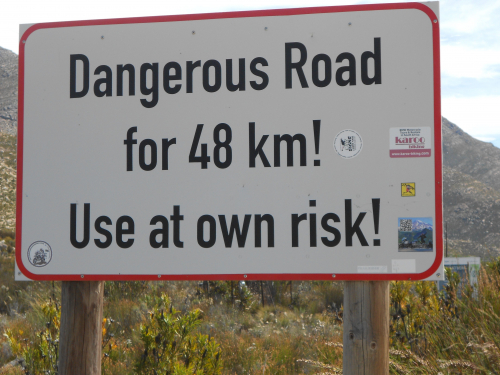 This is the road to hell - Photo: Not Chris Rea

It would seem Covid 19 has unleashed an unprecedented need to travel amongst the population. All of our current tours are fully booked, which is a symptom of a need to travel. Our newest tour - a one day affair - is focused on driver training and basic 4x4 tuition. We had no idea there was such a big demand and of course, even though our August 23rd training day is fully booked, we will certainly be creating more of these days.

Some weeks ago we mentioned a joint venture with a Gauteng based company who will be running mountain pass tours, but much more on a 4x2 basis. We are busy fine tuning all the technical details and with a bit of luck MPSA will soon be offering tours in Gauteng, Mpumalanga and Limpopo under the capable leadership of Johan Badenhorst.

A good friend of mine, Kuba Miszewski, who lives in the Hawequas mountains near Wellington, sent me an interesting photo, which I decided to post on our social media platforms. The results were astounding. On Facebook at the time of this newsletter's publication, the post has had an astonishing 352,000 views in 48 hours. This is an outright record since we started our social media pages in 2012. Here is the photo and caption. You decide! 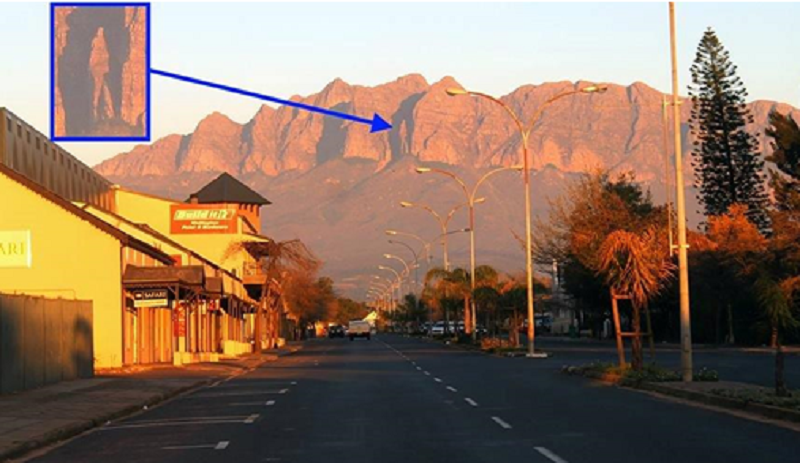 Did you know that “Hawequa” is actually Koisan for “The man in the Mountain”. On occasion at Equinox in the late afternoon, this man can be seen in the mountain behind Wellington, on the way to Bain's Kloof Pass. Hat Tip: Kuba Miszewski

The much anticipated anti-cyclone with its gale force winds turned into nothing but a weak cold front with a few rain squalls (in the Western Cape), but it did deliver a massive drop in temperatures. Some good rains have been reported in the drought stricken Eastern Cape. The system appears to have picked up speed as it heads up the KZN coast with forecasted speeds of 50 knots.

The Martello Tower, Fort Beaufort.  In 1794 a round tower at Cape Mortella in Corsica was only captured with great difficulty by the British.  The sturdy design was subsequently used for the coastal defense of England when threatened by invasion during the Napoleonic Wars and over 70 ‘Martello’ Towers were erected.  The plans for the Martello Tower at Fort Beaufort, originally proposed for Grahamstown, were certified as correct in April 1857 at which time the tower was presumably completed. 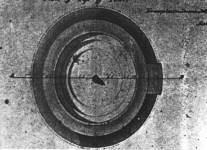 This Post is magnificently situated in the Winterberg on a plateau at the foot of the Didima Mountains where it guards the head of the pass that drops steeply down into the Blinkwater Valley, the last home of Piet Retief in the Cape.

Sir Benjamin Durban wrote: ‘when in 1836 I caused a military post to be established in the Winterberg, I named it Retief…This Gentleman, Mr. Retief, is the same whom in the latter end of 1835 I appointed Field Commandant, for this active and judicious conduct at a period of difficulty and anger.

The Post was heavily invested by a large force of rebel Hottentots in February 1851 when it was crowded with refugees, their animals and household possessions.  For four days it was cut off from all supplies of food and water, then it was relieved by a commando of 130 burghers and 140 Fingos under Capt. Ayliff, W.M. Bowker and Dods Pringle. 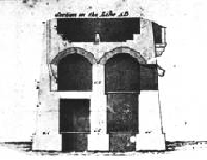 Many settlers suffered heavy losses during the war of 1835 and afterwards started to fortify their farmhouses adopting points suggested by Capt. J. Alexander, Aide-de-camp to the Governor, in an article published in the Grahamstown Journal in August 1835.

At Septon Manor there was a signal tower with firing ports.  Heatherton Towers had two castellated towers in place of stoepkamers.  At Stoneyfields the barn was linked to the house by stone walls, this plan was also adopted at Sidbury Park where the gracious house later included a ballroom.  These fortified houses were recognised as military posts in later wars and were manned by volunteers to protect the refugees and their animals that congregated round them when danger threatened.

Woodlands in Lower Albany6 was one of the many attacked in May, 1846 when doors and windows were under heavy fire while another enemy party drove off 2500 cattle.  1000 head were recovered, but the next day the attack was renewed on Woodlands and also Barville Park. 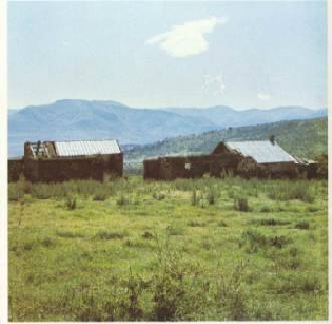 Col. Somerset eventually arrived with 300 mounted troops including the 7th Dragoons and the siege was lifted.  Meanwhile Richmond House at Port Frances was also under siege and the station gun was fired at intervals to warn Woodlands and other farms and to direct the relief troops.  Many of these farms as far west as Barville Park were again under siege during the war of 1851.

Many of the places of interest are open to the public or are police stations where permission may be obtained to view historical sites.  In most other cases the forts, posts, signal towers and fortified farmhouses are privately owned, some of them being dwelling houses, consequently permission to view can not easity be obtained, many of the sites however may be seen from the roadside.  The following places are open to the public:

We chat about the history of the Gamkaskloof (known also known as Die Hel). This is Part 1 of a series.

Tying in perfectly with our main story of the historical forts of the Eastern Cape, our featured pass this week is the gravel surfaced Pluto's Vale Pass in the heart of Frontier Country.

Words of Wisdom: “It’s hard to beat a person who never gives up.” – Babe Ruth

You and 372000 others! That is the number of views this post enjoyed on our Facebook page in 48 hours and still the views are racking up as we write. And yo think I though it was borderline story when I first saw it!!!