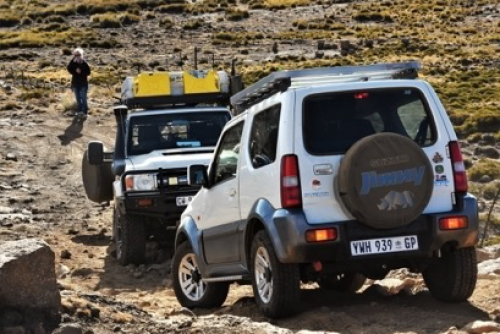 The Week that was:

As promised the first 2 tours for 2020 have been uploaded onto our shop page. The first 5 places on the Ben 10 V3 Tour were sold within a week. Get in early if you want to join either of these tours.

This brand new tour promises to be a huge hit. We have been able to creatively plan four sustained days of sublime eco travelling through some of the most isolated and remote sections of the Southern Cape. Our routing begins at Joubertina and heads up into the Kouga Mountains where we will visit the Kouga Wilderness trails as well as drive two scintillating gravel passes all in one day. The next day we drive the Baviaans-Kouga 4x4 route (It's rated Grade 1 to 2, so easy enough for the average driver) and overnight in the Baviaanskloof at Doringkloof & Zandvlakte. All meals and accommodation have been pre arranged.

On Day 3 we drive the beautiful bioreserve section of the Baviaanskloof including all the big passes and the two water crossings with an overnight stop in the Cambria Valley where guests will enjoy a world class potjie specially made for MPSA. The final day we head through the Grootrivierpoort to Patensie, then up the mountain to take the T3 route west via the Antoniesberg Pass and finish in Steytlerville at the Royal Hotel for our final night festivities. Maximum 10 vehicles.

More detailed information and bookings can be done via this link: KOUGA-BAVIAANS EXPLORER TOUR

This year's Ben 10 Tour (and there will only be one in 2020) was planned to fall over the Easter weekend to minimise on having to take leave from work. We have made some more adjustments to the V2 Tour, which include timing it in autumn, where the temperatures should be pleasant, the rain should be over and the scenery should still be lush and green.

We have also built in an extra day into the tour to allow for contingencies, such as bad weather or mechanical breakdowns. It also gives us a spare day to include some non-pass driving activities like going to see the vulture colonies, visiting the rock art sites or going to see the historical Gatsberg. We have kept our prices very close to last year's price in an effort to make the tour as affordable as possible. More detailed information and bookings can be done via this link: BEN 10 V3 TOUR BOOKINGS

During the last two weeks of January we went through to Wilderness National Park, where we set up our mobile office in relative comfort, but our planned filming trip in the Swartberg required a Plan B, when we were informed by Cape Nature in Oudtshoorn that the route had been damaged in a recent flash flood and had been closed. Instead we teamed up with MPSA guests Howard and Amanda Allum and Phillip Wantling and headed up Prince Alfreds Pass for a breakfast at Angie's in De Vlugt where we were given a guided tour of a new cottage (actually the old jail) that has been lovingly restored and is now available to be rented. Anyone interested can contact Howard Beaumont via What's App only on 081 309 9272. There are good photos on our Facebook page which show the quality of the facilities. (Scroll back to the 25th January.to see the pics)

Our first filming session of the day was the P1660 - that lovely winding gravel road that heads west from De Vlugt and follows the course of the Keurbooms River all the way to the N9. Surprisingly this road was in a far superior condition to Prince Alfreds Pass which was riddled with potholes after 7 days of continuous rain. We then headed north up the Potjiesberg Pass on the  tarred N9, and took the R62 down to Joubertina to film two gravel passes already on our website, but unfilmed. These are the Kouga-Kleinrivier Pass and the Brakkloof Pass - both of which are completely different, yet quite close together. The new videos will appear over the next two weeks. The scenery and quality of roads were so impressive that we decided to include the loop into our next tour.

After a 3 week break we are back this week with a chat about some of the delights of the Garden Route area and the new passes we recently filmed. CLICK TO LISTEN.

The Power of Positivity

It's the easiest thing in the world to become negative and many South Africans have fallen prey to that insidious malaise. Here at MPSA we go out of our way to send out positive messages - whether here in our newsletter or via our various social media platforms. It seems to be working as more people understand the power of a positive mindset in our daily lives.

On a positive note here are some things that South Africans achieved in 2019 that we can be proud of:

(Next week we will continue with this list of inspirational South African achievers from all walks of life. Info written by Tyler Leigh Vivier/ thegoodthingsguy.com)

This week we trek up to Limpopo province to cyber drive our chosen pass, which is the Jakkalskuilnek Pass. Jakkalskuilnek (“Jackal Den Pass”) is a rough and tough 4x4 pass located on the eastern Limpopo escarpment. The official guide to points of interest in this area, the Waterberg Meander, lists the name as Elandskuiling Pass, but all other references use the given name. Although the pass appears to be fairly innocuous based on its statistics, it is definitely worth your while to make the effort to seek it out, provided that you are driving an appropriate vehicle.