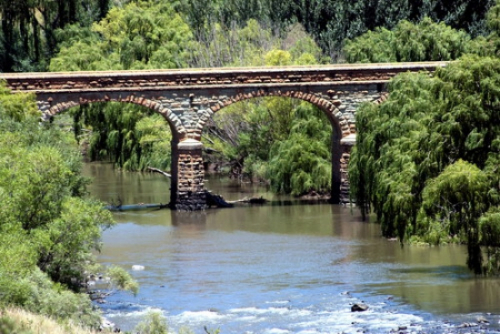 To be seen from our featured pass this week. - Photo: Hendrik van den Berg

Face Book
Yesterday the counter ticked over onto 20,003 followers. Why do we put so much effort into our social media? It is far and away the best way for us to attract new subscribers to the MPSA website, yet the conversion rate is less than 1%. Those of you that follow our FB page might have noticed that we have gradually morphed from a pure passes page to embrace a far wider range of topics, yet each day will always take us back to our mountain pass roots. By posting on a wider range of interesting topics, whilst sticking to our formula of positivity and avoiding politics and religion, we have rapidly accelerated our follower group in the past 6 months.

Droughts & Floods
The Mother City breathes again - After an agonising and prolonged drought of 4 years, the drought is now officially broken, with the dams serving the greater Cape Town area standing at 81.7%. However, whilst Capetonians have reason to celebrate, there are still large parts of the interior that are far from out of the woods. Water is our single most precious resource. At MPSA we think that the use of potable water must never go back to where we were a few years ago. Get rid of the water hungry lawns, English plants and get those succulents going. So many people have created exceptional gardens that use hardly any water at all. It simply has to be the way forward.

The Bain Tour (Cableway to Patensie)
This tour has so many fond memories and the lasting friendships that have been forged by the 25 people who shared this thoroughly enjoyable trip. We are already planning our next Baviaans excursion!

After taking the history of the old cableway (and it's only when you're standing on the lip of that deep gorge, that one can appreciate the enormous difficulties these hardy farmers had to endure), we headed over the plateau past the Bergplaas campsites and then on down the Combrink's Pass. This winding pass was another of the Baviaanskloof passes built by the farmers (with the lines pegged by Thomas Bain). The final descent down into the thick forests at Poortjies is a long, narrow, slow and winding and there are a number of sections with exceptionally steep and unguarded drop-offs offering magnificent scenery.

After descending 333 vertical metres over 5.3 km the road finally levels off in an almost fairy-tale indigenous forest. This is Poortjies - a place of visual delight where gentle streams tumble over mossy rocks and shafts of sunlight provide the light for near perfect photography. A short wade/walk along the stream will get you to an attractive waterfall.

A few kilometres of enchanting and dappled forests brings the traveller out at the eastern control point of the bioreserve. Once through the booms, you are in the Cambria valley - a narrow, lush and well watered valley so named for its similarity to a like named area in Wales. This is citrus country and as we head east, we drive through hundreds of hectares of ripening orchards - the air laden with that aluring aroma of oranges. Our destination for the final night is at the Glencoe Chalets, probably better known as Bruintjieskraal. The farmer has invested in tourism and developed excellent camping and self catering cottages along the banks of the Grootrivier. We had arranged for them to provide us with a potjie dinner - and it was.....scrumptious! Final nights on tour are always a source of merriment and fun and this one was spectacularly so - a night to remember. (What happens on tour, stays on tour!)

And so the next day we were left with a short drive out though the beautiful Grootrivierpoort - the last of the passes built by Bain on this tour, which was dedicated to this great servant of South Africa. Our next Baviaanskloof Tour will be sensational and very different to the first one. Watch this space....Planning has already begun.

The morning of Saturday 17 August dawned bright and clear, if somewhat chilly. Our group met up at a Petroport on the northern side of Pretoria; everyone was on time (an early 7 am), and it did not take long to get through the formalities of introductions, documentation and radio handover. By 7:15 am, we had fired up our vehicles and merged into the busy traffic on the Great North Road, the N1.

Our convoy consisted of just 4 vehicles; a Ford Everest (lead vehicle), a VW Synchro, a Land Cruiser, and a double-cab Toyota Hilux. After about an hour we reached Kranskop, where we were hoping to get a Wimpy breakfast; unfortunately, the restaurant was closed for renovations, so we had to make do with some take-out food from a temporary kiosk. We were soon back on the road and continued along the highway to Naboomspruit where we turned off the N1, much to everyone’s relief.

It didn’t take long for us to get to our first pass, Bokpoort. This pretty little poort, one of the original routes through the Waterberg, was once the home and workplace of Eugene Marais. The renowned poet and ethologist spent 30 years in this area studying plants, termites, snakes and primates, which resulted in him producing a number of books about these subjects. Unfortunately, he suffered from depression because of a morphine addiction, and he died in 1936 from a self-inflicted gunshot wound.

We stopped at the top of the pass to deflate our tyres, as most of the trip for the rest of day would consist of gravel travel. From this point onwards, our route would take us through a series of game farms and nature reserves, and it quickly became obvious that we were going to see a lot of animals on this tour. We did – wildebeest, zebra, giraffe, sable, hartebeest, impala, bushbuck, klipspringers, warthogs, baboons, monkeys, and many others; a continuous stream of sightings to keep us occupied. [Next week - Part 2] 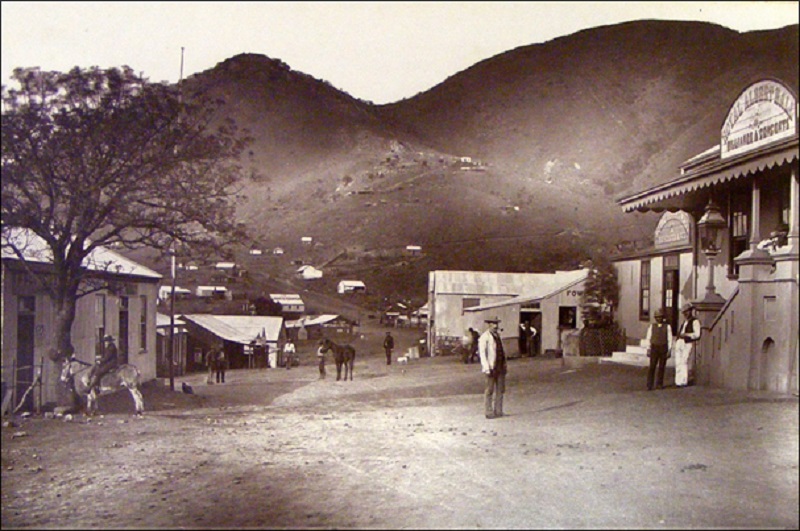 By 1880, the alluvial gold around MacMac and Pilgrim’s Rest had started to dwindle, so most of the miners moved on to prospect in the De Kaap Valley near present-day Kaapsehoop and Barberton. The first big strikes in the region took place in 1882, on the farm Berlin and at a place named Jamestown. Other finds soon occurred in the surrounding area, and on 21 June 1884 Graham Barber wrote a letter to the State Secretary to inform him that he had found payable gold on state-owned land. David Wilson, the Gold Commissioner, made an investigation and found the claim to be true, so he declared a township and named it Barberton. There was no champagne available, so he broke a bottle of gin over a rock to christen the town.

In 1885, an ex-coal miner named Edwin Bray started fossicking in the mountains to the north-east of Barberton, on the theory that the alluvial gold in the valley must have originated from higher altitudes. He struck a vein of gold so rich that it was claimed that the rocks had to be removed from the gold, rather than the other way around. Using only picks and shovels, he and his workers excavated a massive cavern in the mountain which today resembles a great subterranean cathedral, now known as the Golden Quarry. It is the richest mine ever found, and is one of the mining wonders of the world. It is still in production and, more than 130 years later, is considered to be the oldest and richest gold mine on earth.

A former butcher from Durban named John Sherwood established a hotel and shop near to the mine to cater to the miner’s needs. This was followed by a butchery, bakery, post office, more hotels, several canteens and even a horse racing course. Soon a little town had sprung up, quickly gaining a reputation for festivities and lawlessness, which at its height had a population of over 700 people. It was called Eureka City. Not much is left of the town today, but there are still numerous ruins scattered over a large area.

[Next Week: Discovery of gold on the Witwatersrand]

PODCAST: Enjoy Part 2 of a 3 part series on how to prepare for a gravel road trip far from the madding crowd

Pass of the Week:
The Kraai River is a truly beautiful river that cuts through the steep sandstone mountains in the area around Rhodes and Barkly East and is fed by smaller (equally attractive) streams like the Bell River, Carlisleshoekspruit and Bokspruit. The serpentine like path that the Kraai River follows has created steep gorges, waterfalls and rapids and a place where you can allow your mind to unwind. It's also no surprise that this is first class fly-fishing territory. The Kraai River Pass drops down into the spectacular gorge and up the other side. Of special note is the lovely old stone arched bridge which can still be seen from this pass. The pass is located between Lady Grey and Barkly East on the tarred R58.

Thought for the day: "Work. Travel. Save. Repeat." ~ Unknown