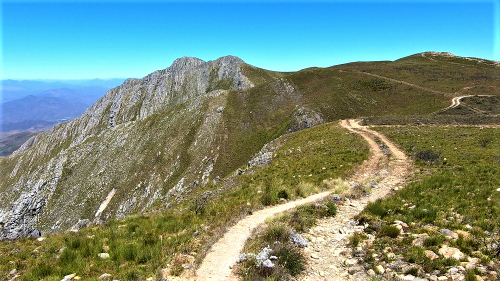 Near the summit of Arangieskop- Photo: Trygve Roberts

The time has come to start living a normal life again. Around the world and in South Africa, the tedious process of unlocking has commenced. Now the question is, when will we reach Level 1? From our point of view, it is time to start planning the rest of our collective lives. It is unwise to live life too prophylactically and this can lead to mental illness (Joking, of course!) The message is PLAN A TRIP - with or without us.

We have made good use of the past 8 weeks and expanded our commercial offerings considerably and come up with at least one brilliant idea, which would probably not have happened without the time and space that lockdown provided. We are planning ahead with a positive attitude and our tours are back on track in the best possible way.

Speaking of tours, we had a cancellation for our Wild Coast Tour. We put that ticket on our Facebook page two days ago and it was snapped up within 20 minutes. That's a very healthy sign. We have similarly also had a cancellation for our Ben 10 Tour in September and will be advertising that spot after you have read this newsletter. In other words our subscribers can have first option on taking the available ticket.

In today's newsletter we pay homage to the late Dr. Graham Ross, who has had a considerable influence on the style and content of the MPSA website and with particular attention paid to road engineering. In 2012 shortly after having launched the MPSA website, I received an email from Dr Ross. In keeping with an engineer's economy of words and astute mind, the introductory sentence was kind, but brief. 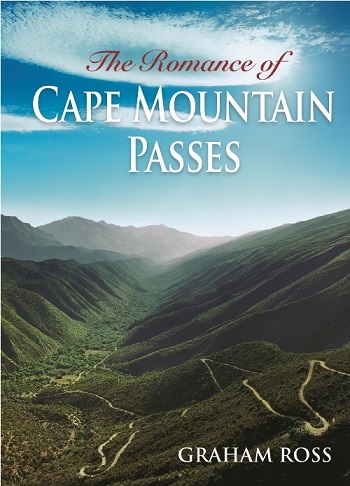 The second paragraph was what it was all about. He wrote:

"If you're going to complete a project of this magnitude, you need as much help as you can get. There are several inconsistencies in your use of engineering terms, which I would like to correct, if you would allow me"

He went on to explain that camber was different to side slope, and super elevation was the same as cross flow. And so on.

I chose to accept the criticisms in a welcoming manner and who better to have on my side than a seriously qualified roads engineer? A long series of emails followed, with me cross referencing much of my research with Graham. At that stage he insisted I dispense with titles. He would answer each email meticulously, quoting references, page numbers from his thesis and some very technical information which I didn't fully understand then - and still don't now.

It did give MPSA a whole lot of credibility in those early years and Graham's guidance and suggestions are evident in many parts of our website, which we continue to emulate to this day. I then decided to meet with him in person at his home in Somerset West. There I met the kindest, respectful and thoughtful person, where I was presented with a signed copy of his book 'Romance of Cape Mountain Passes'

I remember making reference to his book in one of our newsletters and soon received an email from him which read: "Thank you for mentioning my book in your news letter last week. I don't mean to be pedantic, nor ungrateful for the free advertisement, but the title is not 'Romance of the Cape Mountain Passes' . It is 'Romance of Cape Mountain Passes'

I learned much from Graham Ross. He genuinely cared about the success of the MPSA project. At our first get together at his home, he had an old friend visiting at the same time. This gentleman's name was John Nelmapius. The name rang a childhood bell for me as one of my father's friends from the late 1950's. A quick bit of mental arithmetic pegged his age to be more or less the same as my own late father's. The fact that John was also a roads engineer tied in exactly with my father's position in the PRD.  It was a beautiful get together with a solid connection spanning two generations and the corner stone of further engineering lessons.

Remarkably Graham earned his PhD at the age of 74. Again this was a lesson for me - You're never too old to learn something new. He was one of those people that simply never gave up on learning and teaching. One weekend with my wife being away in Jhb to visit her mother, I decided to film some passes in the Ladismith area. It seemed a perfect opportunity to invite Graham to join me for the day. 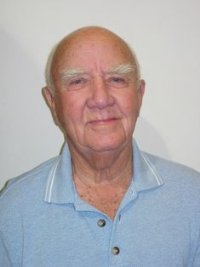 He was ready with his backpack of cold-drinks and sandwiches at 7 am when I collected him and off we went on the N2 towards Swellendam. We then cut inland which allowed me to film a range of gravel passes, including Gysmanshoek - a pass that he had mentioned at an earlier meeting that he had never had the opportunity to drive before. He was absolutely chuffed with the outing.

We stopped in Ladismith for a light lunch, then drove through Seweweekspoort and from there down the Bosluiskloof. The day was getting long and dusty, but all my filming goals had been achieved for the day. I think Graham was 80 at the time. The thought occurred to me that he might be getting bored, so I asked him if he would like to drive for a while.

This was perhaps not my wisest moment and at the first sharp bend, I started having some serious reservations as I could see there was a 2 second delay in his reactions. Anyone who knows the Bosluiskloof Pass will know that a misplaced front wheel on any one of those sharp bends, could easily lead to a very long roll down the cliffs.

Not only did we make it to the top of the pass, but he also drove all the way back through Seweweekspoort. My palms were sweaty when I took over the driving again. The day turned out to be very long, with me getting him back at 7 pm that evening. A tough, bumpy twelve hour day and Graham must have been bushed, bumping around in the Land Cruiser all day, but he kept his good natured demeanour the entire day. I am forever grateful for that day I spent with him - adding some excitement and value to his life in retirement.

I have written a different version of this story some years ago (for those of you that have been receiving these newsletters since inception, but I was prompted to write about Dr Ross again, after my radio talk last Monday (you can listen to it on the podcast link lower down on this page) where I spoke about the Anenous Pass near Steinkopf in the Northern Cape, which 1953 version of the pass was built by Graham Ross.

Our featured pass this week is not good for acrophobia sufferers. We drive from the summit of the 1515m high Arangieskop view-point in the Langeberg Mountains, losing 540m of altitude over 4.1 km down a pass with an average gradient of just under 1:8.

It's on private land, but it is accessible by making a booking and paying for a permit. Many of you might have already been a passenger up this pass in the form of the Protea Farm Tractor-Trailer experience. We offer a triple video set to enjoy. If you haven't driven this one, bookmark it. It's a winner!

Words of Wisdom: "Be who you are and say what you feel, because those who mind don't matter and those who matter don't mind" ~ Dr. Seuss