These are actual photos copied from a news letter that I just received. 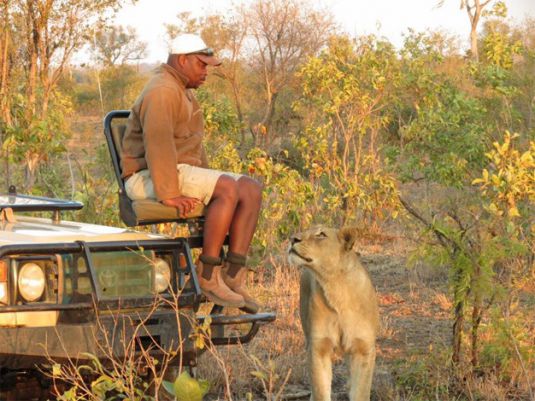 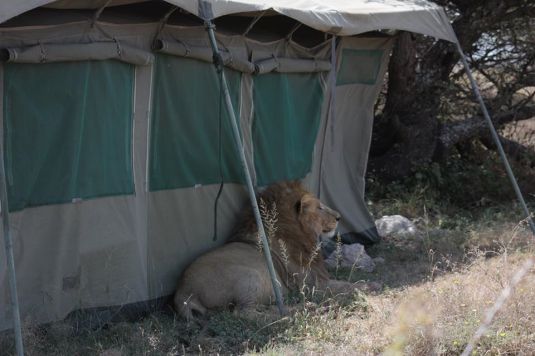 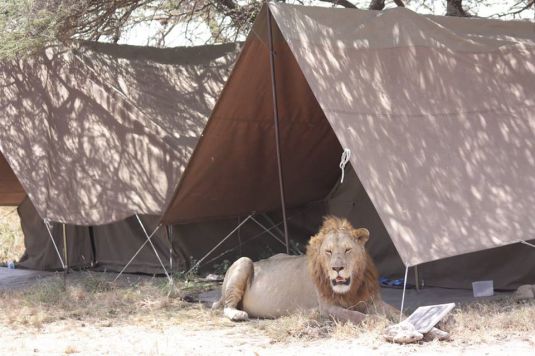 This afternoon 2males lions decided to rest into our dinning tent, spend almost the whole afternoon, outside lunch setup did not happen at all, lunch was served plated on laps... 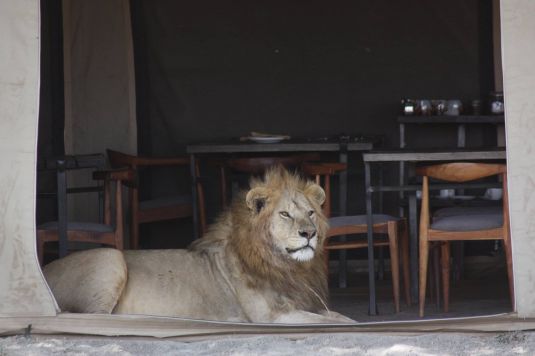 PICS: Lions kill buffalo right next to staff camp in the Serengeti

2016-07-26 12:10 - Louzel Lombard
Cape Town - Staff in the Namiri Plains of the Serengeti in Tanzania had a night to remember when 10 lions brought down and devoured a buffalo right in their midst! Some staff were even trapped inside a tent while the satiated lions lay sleeping just outside.
Regards.
This is how we spent the last fifteen years - working our buts off!

o my.......I would certainly needed a new pants if i was the tracker on the vehicle!

Thanks Willie, I will definitely pass that one.