From Gawie se Water to Grootpoort in the Free State 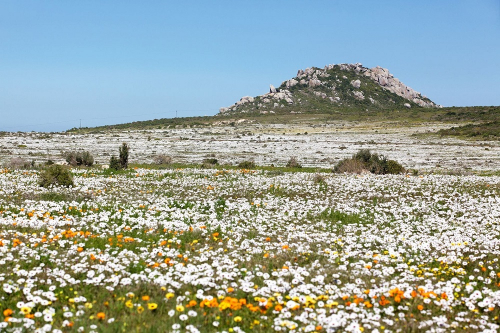 So what is normal? This wildly bizarre year has been a very unusual and tough year both financially (unless you nailed a PPE supplies tender!) and emotionally and yet, as the dust begins to settle there are so many questions unanswered and so many predictions by the best experts in the world that were completely wrong.

What the pandemic has done is brought many of us back to earth with a bang with the realization of just how fragile life is. It gave us time to be introspective.

One of the most difficult things at our HQ in Cape Town was striving to remain positive, amidst the overwhelming fear mongering news in the mainstream media, but somehow that persistence seemed to pay off with MPSA having come out of the lockdown much stronger than before. We expanded our social media following in a most dynamic way with an expected 50,000 followers to be reached by the end of September.

20th September - Wolvenberg 4x4 Training & Tour (4 places left) We have split this tour over two separate days Saturday 12th September & Sunday 20th September due to a bad weather warning for the original date (13th Sep). We therefore have 5 places available for this Saturday and 4 spaces for the 20th September. Anyone wanting to book for this Saturday should contact us directly on 083 658 8888 or on email at info@MountainPassesSouthAfrica.co.za  as we will have to do a manual booking. Bookings for the 20th Sep can be done via our online system on the link above.

This year has produced some of the finest wildflower displays in decades. From Posberg all the way up to Springbok and all over Namaqualand the displays have been phenomenal, but thanks to lockdown only a few have been able to enjoy the spectacle

With the acquisition of Cape Mountain Passes came the distinctive and instantly recognizable logo (and approved by the Western Cape Government). Over the next few weeks the adoption of this logo will become evident across all communication levels, including our vehicle branding, signage and written communications. 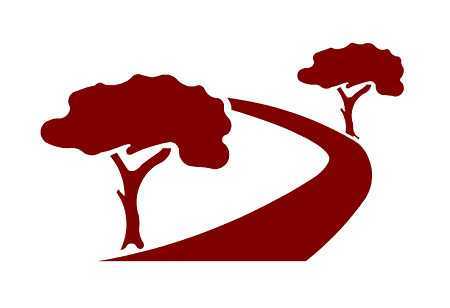 The new logo which will be incorporated into our branding

Steady progress is being made on the refurbishment of 160 road signs that came with the takeover of the Cape Mountain Passes project. We have effectively used our wide social media reach to get the message across that the only place that's OK to put a sticker, is on your own property. On our sign fixing trip last Friday we published before and after photos of the Middelberg Pass summit sign, as well as detailed photos of every sticker on the signboard. Each of those will be systematically contacted with a request to desist and encourage others from the bad habit (which many people seem to think is the norm these days) We appreciate the overwhelming support of our subscribers and followers. Some of even offered to do the job for us or accompany us. That is a beautiful thing!

Some great ideas have been forthcoming from our subscribers and supporters. These include a Name & Shame campaign (already in motion); an anti graffiti/sticker chemical application (already adopted); ongoing social media awareness campaign (already in progress); social media and print media awareness that stickers/graffiti are acts of vandalism and criminal acts; chemical techniques to reinstate the brown parts of the signs where people have scrated their names right through the paint; various concepts of financing badly damaged signs (R20,000) each by companies in exchange for advertising space on the MPSA website and so on. 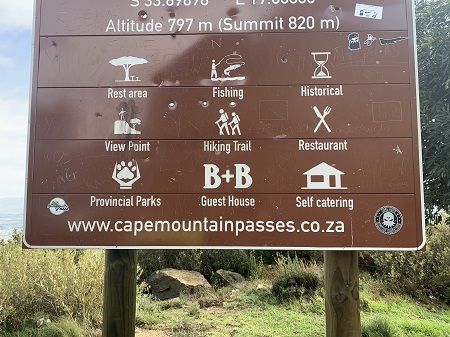 We had never been overly bothered with the stickers until we started the sign refurbishment project. It's only when you're working at the road side on a ladder with your face up close and personal with a road sign, that one starts to gain a full understanding of how stickers and graffiti represent the moral decay of society and just how much wanton damage is inflicted to the signs. The cost of repairing is high and when factoring in travel and cost of 3M reflective vinyl it will run into many thousands of Rands before we are done. We've refurbished about 10 signs to date. A long way to go. Someone even suggested a sign repair tour!!

The photo shows bullet holes, scratches in the brown reflective substrate and stickers - many of which have the ability to lift the original paint clean off the Chromadek.Some of the stickers are high up on the signs, indicating the perpetrators used a ladder or climbed on top of their vehicle to apply their mark.

So who was Gawie? Read on to uncover the history.

Last week we touched on the story of Gawie se Water, which intrigued many of our subscribers and resulted in us receiving another angle on the history of the canal.

One of Bainskloof's road signd about 1,5 km before reach its summit on the way to Eerste Tol is Gawie Se Water.  The story behind it is the attempt to transfer water from the Witte River into the Krom River so that the farmers of the valley could benefit from it.  The formidable task of diverting the water through rock and granite was finally completed by a certain Gawie Retief - hence the name Gawie se Water.  It is an astonishing story and one of Bainskloof's most interesting ones.

The crystal clear water of the Witte River, which runs north against all expectations and takes its precious cargo into the Indian Ocean via the Breede River near Worcester. This led early on to speculations and plans to use that water to the greater advantage of the Wagenmakers Valley.  A former Inspector of Lands and Forestry, D’Escury, described the pure waters of the Witte River in 1815 in lyrical language:

“I never saw purer, nor tasted finer water”.  The unusual route that the Witte River runs by carving out a canal for it along the foot of Sneeukop in the direction of Worcester instead of taking a natural running valley down, is described in geological terms as "river piracy".  Farmer cheating, one could also call it in the local idiom.  But a farmer also makes a plan - the planned ditch would not be known as the "Boerevoor" for nothing.

The inventive farmers of the area speculated about possibilities to divert the water valley more than 200 years ago.  The Krom River, which originates from behind Groenberg, then runs along the Bovlei farms into the Berg River, was a bubbling stream in the winter, but in the summer it was a sparse stream that did not meet the farmers' irrigation needs.  The designated solution was to divert the water from the pure mountain stream that tends to flow in the wrong direction.

As early as April 1815 the magistrate of Stellenbosch, D.J.  van Ryneveldt, at the request of a certain D.J.  Rossouw, a farmer from the area, sent a request to the then governor Charles Somerset that water from the Witte River (then also known as Bastiaan's Kloof River) be used to the greater advantage of the area.  The request was followed by an investigation by the inspector of Lands and Forestry, who described the river in the said lyrical terms and made positive recommendations for the use of the water of the Witte River for the valley.

However, as expected, the business would not continue without the usual violent differences, especially when it comes to water.  One of the strongest voices against the plan was that of the widow Lategan of Maze, at whose disposal the water of the Krom River was six days a week.  One of the reasons for the opposition was the fear that the water would benefit D.J.  Rossouw himself.  Another formidable objector was one G.M.  Malherbe described by D’Escury as "extremely violent."

A lack of the necessary funds means that the proposal of D.J. Rossouw was not taken further by the enthusiastic D’Escury.  A further proposal in this direction also failed due to the opposition of Worcester farmers.

The next important link in the development of the story is none other than Andrew Geddes Bain himself.  During the construction of Bainskloof, Bain recommended that a ditch that diverts water from the White River Valley could be constructed at a cost of £ 400.  Permission to contruct by Colonial Secretary for the project was granted in 1849, without the worthy man apparently having any hope that such an almost superhuman task would be completed.  The story goes that the farmers reckoned they could do it cheaper than £ 400.  A certain Gawie Retief, cousin of the Voortrekker leader Piet Retief, took on the job.

The path that the deep ditch finally follows then runs through rough mountain terrain that had to be blasted open over long distances through solid rock, with gunpowder.  How Gawie Retief got it right without dynamite is one of the seven wonders of Wellington.  But through an ironic course of events, it eventually cost the farmers of the area £ 1,200 to complete the ditch - a two-time fundraiser of £ 600 and three times Bain's offer!

The original ditch had no cement or retaining wall.  Every summer, the farmers had to install retaining walls that washed away with any summer rain.  Improvements have been made since then, the ditch has been cemented and has a concrete retaining wall over which mountain climbers walk today.

What the Colonial Secretary wrote off as the impossible had been rectified, and today a strong current from the Witte River still tumbles unhindered into the valley to the water-rich blessing of the Krom River farms.

This week we chat about the controversial arched suspension bridge on the R60 in Ashton and explore the history of Cogmanskloof. CLICK TO LISTEN

This short but difficult little pass is located to the south of the town of Memel in the eastern Free State, on top of the Drakensberg escarpment close to the KwaZulu-Natal border. Named after a scenic farm situated along the banks of the Klip River, it is also sometimes referred to by the locals as Roodepoort. With a summit altitude of just under 2000 metres, the pass is subject to frequent snowfalls in winter and violent thunderstorms in summer, so careful planning is required if you intend to drive this pass. Even in good weather, a 4x4 vehicle is recommended.

Words of wisdom: "Security is mostly a superstition. Life is either a daring ddventure or nothing.” – Life Quote By Helen Keller

Pass of the week brings back good memories. For a Sunday drive we would drive from Newcastle and spend some time on top of Normandien Pass, returning via Memel.

Rob thanks so much

Thanks, as usual Robbie.

We have a serious sticker problem on road signs in our area. These are mostly abortion and other disgusting services! A few of us are continually trying to remove them without too much success. Even tried MEK.

What chemical do you suggest?

The further we are going into this sign refurbishment project, the more we are learning. I'm happy to share what we have learned by trial and error.

1. The key is to soften the glue behind the sticker. There have been suggestions to spray the sticker with Q20 - wait for 5 minutes for the chemicals to work, then pull them off.

2. We have a pocket sized gas gun - a little bigger than a cigarette lighter. It blows a focussed blue flame of high temperature and doesn't extinguish in strong wind. It softens the sticker and the glue and makes it easier to remove the stickers.

3. Once you have removed the stickers, spray the whole sign with Castrol chain lube or similar. This dries and leaves a waxy coat on the sign making it impossible for stickers to adhere. It also doesn't attract dust like silicone or Q20.