Fortified farms as far back as the early 1800's 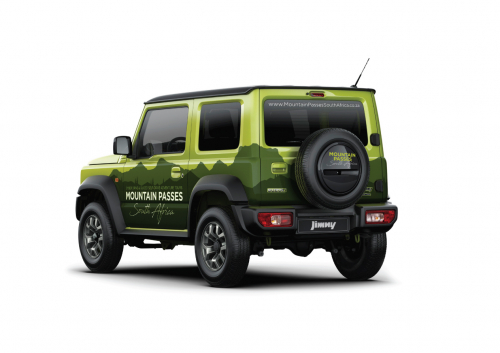 * Level 2 on the horizon

* Fortified homes of the Eastern Frontier

A reliable piece of information has been "leaked" to News24 indicating that the lockdown level will be lifted to Level 2 by the end of August or earlier and that the ban on cigarette and alcohol sales will also be lifted as well. This is an enormously important development in the first stages of recovery of the tourism and hospitality sector, which has seen hundreds, if not thousands of financial casualties. It effectively means (once officially announced) that our Ben 10 V3 Tour scheduled for the end of September will go ahead as planned, as will the other tours beyond the September timeline. In a bizarre way, the lockdown has awakened an urge amongst our clients to travel. We have literally been swamped with inquiries and requests. It's kept us very busy!!! Many of our clients who were planning overseas trips, have now decided to rather travel locally.

Strange things have happened during lockdown. Out normally steady list of subscribers and followers have doubled since lockdown with our website going from 1200 page views per week to 2400. Our Facebook page has shown results that have amazed us. To name a few examples.

A year ago our post views would average between 1500 and 3000. What on earth has happened? We think Covid 19 is the root cause of this explosion in post views. Providing positive and uplifting posts seems to have worked really well. Every post we do is organically cultivated. No boosting. No payments. Just quality content - and that is exactly what the public want. They can see right through all the fake commercial content.

The more social media we do, the more clear it becomes.

Our new Suzuki Jimny had been decorated in our new logo and artwork. Based on comments on our Facebook page it seems to have found favour with almost everyone. Our trusty Land Cruiser is also in for a makeover and will be branded to look the same as the Jimny.

The refurbishing of the road signs project is coming along slowly. We have now grouped the signs into 8 regions throughout the Western Cape and will tackle the project area by area until completed. Our thanks go to all who have offered to assist with the project.

Last week we went to do the Franschhoek Pass and were baffled to find the entire sign-board missing - presumed blown down (as it is right in the neck near the summit) or stolen (less likely). As this is a major tourist attraction, we would really like to reinstate the sign. The supporting poles are still there and in good condition. It's just the sign-board itself which must be clamped on. We are looking for a sponsor like a local winery or restaurant to adopt this sign. The cost of a sign is R20,000. We may not legally attach any advertisements to the sign itself, but we can offer such a sponsor a hyperlinked advert on the Franschhoek Pass page on our website for a period of 5 years. The page has had 27,626 views - a perfect target market for an astute businessman. Our social media pages will also prominently feature that business. If you know of someone who fits the profile, put them in touch with us at info@MountainPassesSouthAfrica.co.za  or 083 658 8888.
Moving forward with precision.

Fortified homes on the Eastern Frontier

Part of the joy of running the MPSA project is discovering all the wonderful stories about South Africa's untold history and allowing the MPSA website to become the depository of all the stories. We received an email from Danie Malan - who has been an MPSA supporter for many years. He writes:

"I really enjoyed reading about the history of the Eastern Cape in your newsletter.I grew up on the farm Rietfontein, outside Fort Beaufort. The buildings on the farm were originally built as a fortified overnight stop between the larger forts in the towns (Grahamstown/Fort Beaufort)

The farm was sold out of the family in 2000, after four generations in the Malan family. Stock theft, drought and extreme interest rates brought the farm to this sad situation. The farm is now part of a larger consortium of wild life hunting & safari.

The town of Fort Beaufort was a wonderful relic of colonial history. The central park (not quite recognisable anymore) was laid out like the British flag. Wide paths lined with shrubs and trees formed the cross and diagonal lines of the flag. Large ponds with bamboo & swans were there. I saw them myself. The old buildings were maintained and well used.

If you ever have a chance, do visit the Museum in central town. The beautiful Military Museum in the old officer's mess next to the Martello Tower is unfortunately no more."

Here is Part 1 of Danie's story:

SHORT HISTORY AND DESCRIPTION OF THE FARM RIETFONTEIN

Rietfontein is situated in the Fort Beaufort district, 20 km S.S. West of the town, on the Gardness Drift road. This is the Koonap Field Cornetcy, or as originally called, The Gonappe.

It is a fact that farming activities in this area were started by the original Trekboers. This farm's name, as well as all the adjoining farm names are Afrikaans.  Kopfontein subsequently became Hammonds; Pupkuilsfontein …… Klu - Klu; Nelshoek …… Stoneyfields. 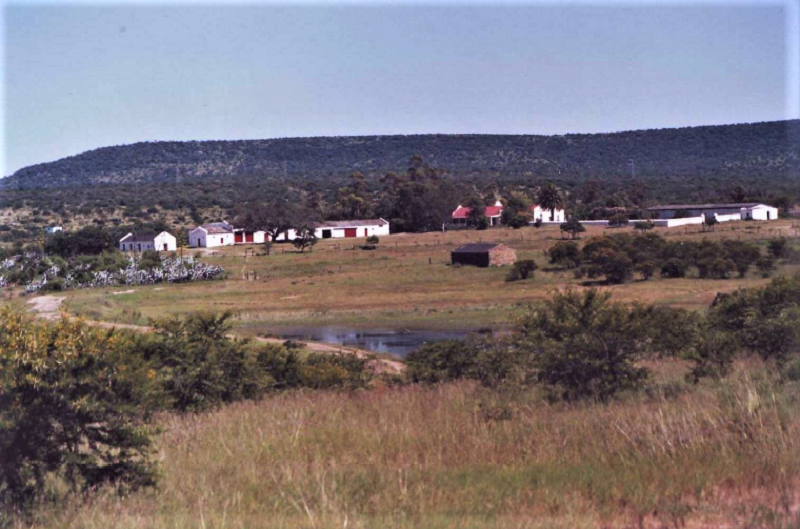 While trying to establish how old Rietfontein is, we must consider the following facts:

In 1812, Lord Charles Somerset established 15 small military posts along the border, and encouraged Trekboers to take up farms near the military posts.

In 1816 the Rev. Joseph Williams established the first Mission station in Black Man's land, "3 miles" north of the present Fort Beaufort, and "15 miles" from Gaikas kraal.

The 1819 attack by 10 0000 Xhosa on Grahamstown, the chief Military Centre, led to the establishment of Lord Charles Somerset Neutral Territory policy. Nobody was to be allowed to live between the Fish and Keiskamma Rivers. Several Forts and fortified farms were established within this area, e.g. Fort Beaufort, Fort Wiltshire, Fort Brown, and many others.

Arrowsmith's map, (1851) has an old fort marked, more or less where Rietfontein is situated. Prof. Colin Coetzee, (Dept. of History) of the University of Fort Hare, has seen documents referring to Fort Riet-Fontein.

After visiting the place, it should be clear that Rietfontein could have been nothing less than a well fortified outpost, with troops, linking the important Military HQ of Grahamstown, with the hinterland forts. The first settlement in and around Fort Beaufort seems to have been somewhere about 1819. By 1822 it was an established Military Post.

Rietfontein was strategically located from Grahamstown to Hermanus Kraal (Fort Brown) the distance was 40 km. - one day's drive for an ox wagon. Another 40 km. brought you to Rietfontein with Fort Beaufort 32 km. further on. This 32 km. stretch went past Kopfontein (later Hammonds).

The Grahamstown - Fort Beaufort road crossed Rietfontein, up till the completion of the Queens Road in 1841. This is the present tarred road that cuts through Dans Hoogte at Stoneyfields. (This is the high ground overlooking the Kat River at the Tower Hill). There we still find remains of one of the chain of signal towers, linking Grahamstown and Fort Beaufort.

Podcast: This week we chat about Part 2 of the Gamkaskloof story and the heartache of a roads engineer who never realised that his hard work would lead to the destruction of the fabric of an entire community. Click to listen.

As part of our Frontier history theme this week, we take a cyber drive along the impressive Blinkwater Pass, where ox-wagons once plied the route with supplies to Fort Beaufort.

Words of Wisdom: "We need to accept that we won’t always make the right decisions, that we’ll mess up royally sometimes – understanding that failure is not the opposite of success, it’s part of success” – Arianna Huffington